One of our male gorillas, Mosuba, "Mo," is quite remarkable. As the silverback of the gorilla troop at the North Carolina Zoo, he oversees our all-male bachelor troop and keeps everyone in line. Mo is known for being a very accepting surrogate father to young gorillas, a rare trait for a silverback.

Mosuba has always been exceptional since the very day he was born. Here is a deeper dive into Mo's life and what makes him unique.

Mosuba, "Mo," and his twin brother, Macombo, "Mac," were born on October 26, 1983, at the Columbus Zoo, to their mother, Bridgette, and father, Oscar. Mo and Mac were the first set of western lowland gorilla twins born in the Western Hemisphere. Twin gorillas are extremely rare!

2.    Mosuba's name came from his caretakers

The name, Mosuba, was given to him to honor the three volunteers who had taken great care of the twins during their first months – Molly, Sue, and Barb. Mosuba is also known by his nickname, Mo. 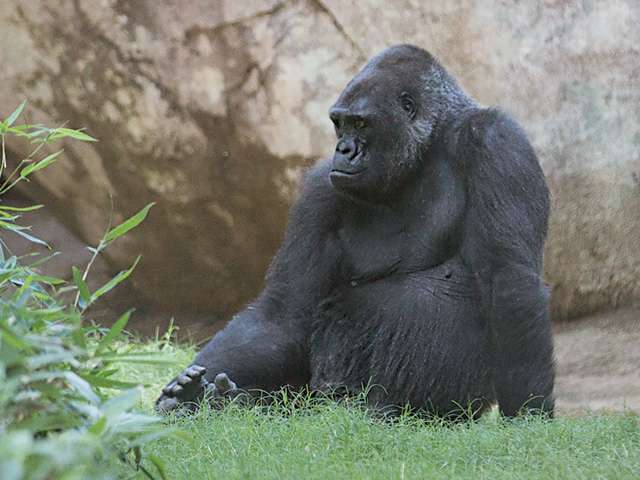 Mosuba was the first male gorilla to have a daughter via artificial insemination successfully. His daughter is named Timu and was born to her mother, Rosie, at the Cincinnati Zoo in 1995. Rosie and Timu were moved to the Henry Doorly Zoo in Omaha together, where they joined Mosuba. (Rosie pictured here) 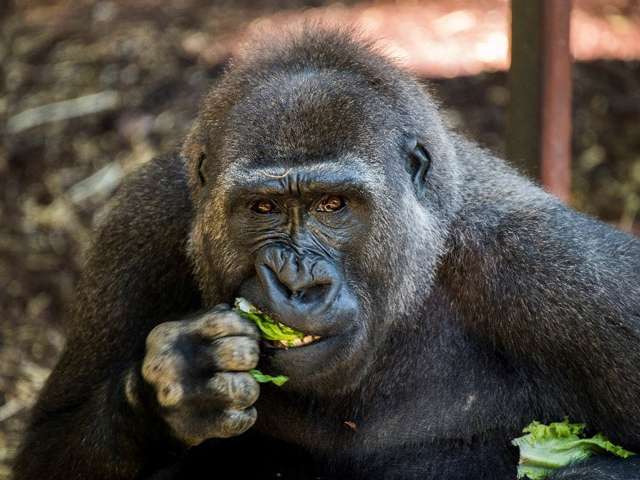 Mosuba was brought to the North Carolina Zoo to be a surrogate father to two young gorillas, Apollo and Bomassa. Mo and Mac had both previously been surrogates at Omaha. Mo took to the boys immediately, precisely what everyone predicted would happen! Male gorillas accepting babies that are not theirs is extremely rare.

Dembe was born at the Cheyenne Mountain Zoo in Colorado. Unfortunately for Dembe, his father passed away, and he was not accepted by the new silverback they introduced. Mosuba's surrogate skills were well known among zoos, so it was recommended for Dembe to be moved to the North Carolina Zoo to have a chance to bond with a silverback. Mosuba accepted Dembe right from the beginning! (Mosuba and Dembe pictured below)

7.   Best at participating in health care

According to his keepers, Mosuba is a gentle giant. He is excellent at participating in his own health care; his voluntary behaviors include: 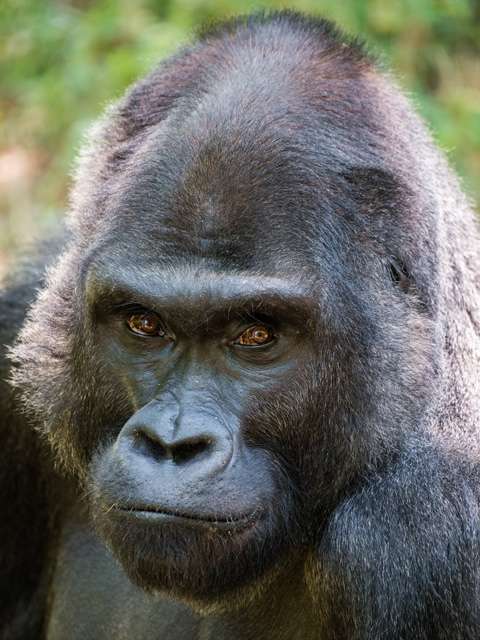 Mosuba's participation in his health care is meaningful because cardiovascular disease is common in primates and is the leading cause of death of gorillas under human care. Mo's care team can keep a close watch on his health and learn from him since he is willing to participate.

Mo gets fruit for his training sessions; he loves pineapple, oranges, kiwi, and grapes. He also loves a good nap (who doesn't)!

Words from Keepers: What's one thing you wish people knew about gorillas?

Gorillas are very subtle and quiet; they are NOT King Kong. They like the quiet! They also have around 20 vocalizations, and they sometimes hum when they eat because they are so happy to eat snacks. 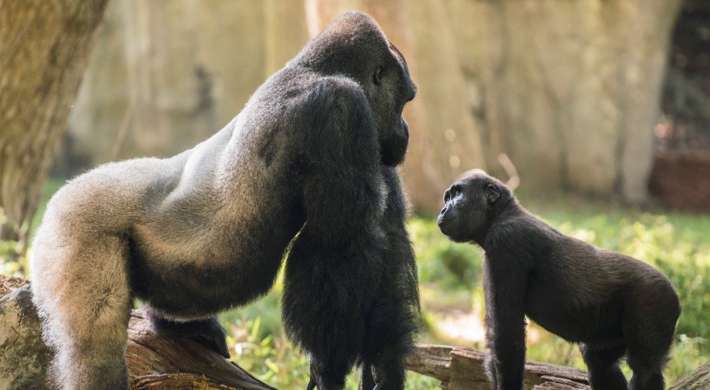 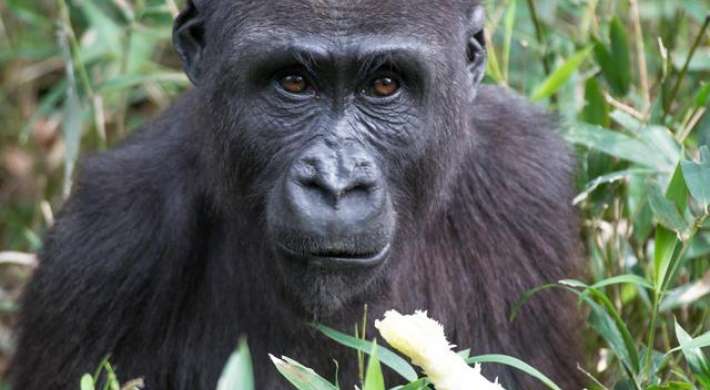 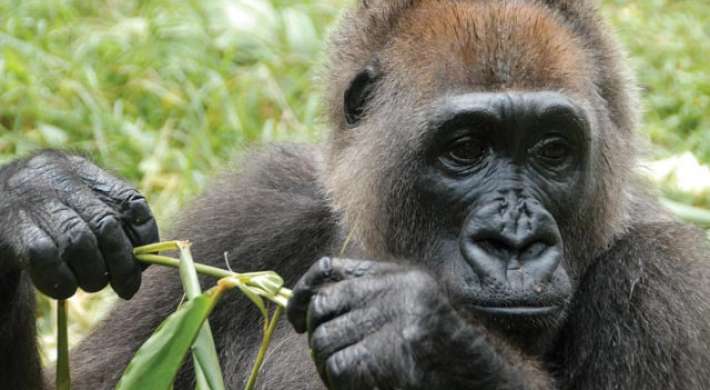 Gorillas are both one of the zoo’s most popular animals, and among the most endangered species of primates. 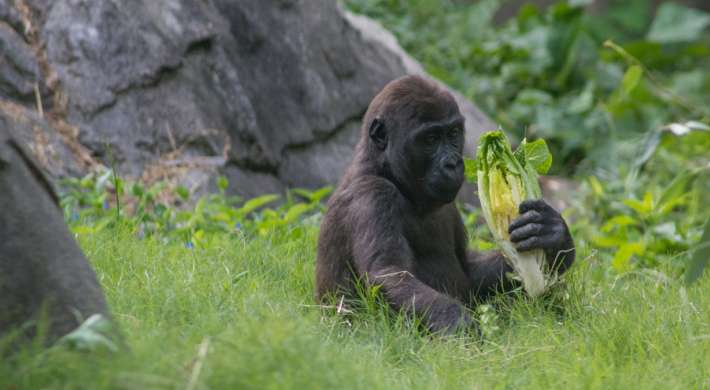 As you might be experiencing during the quarantine, life can get a bit dull without variety. 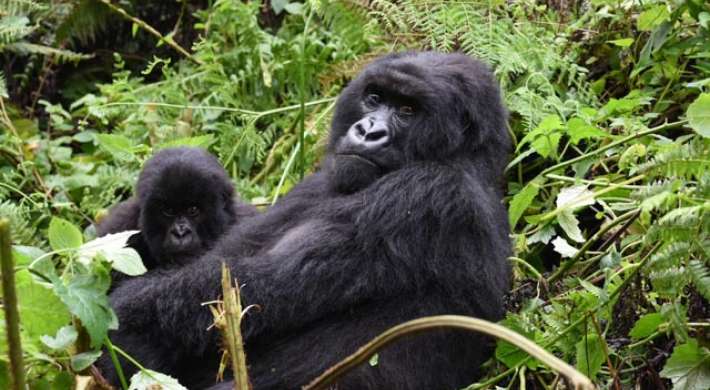 Did you know female gorillas only reproduce once every 4 to 5 years? Learn more about western lowland gorillas. 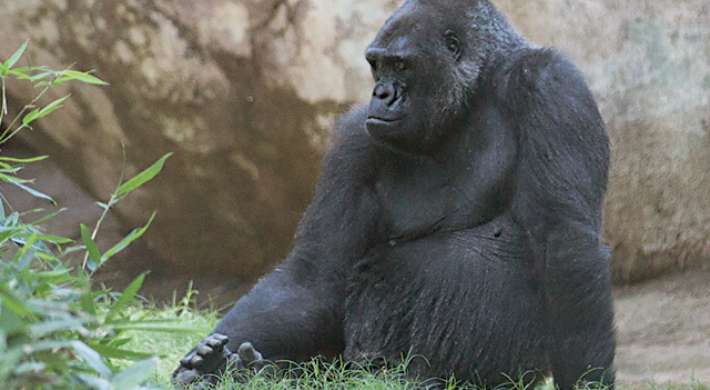 North Carolina Zoo Mourns the Passing of Rosie, the Matriarch of the Zoo’s Gorilla Troop