With over 1,700 acres of forested natural areas, the North Carolina Zoo is home to a large variety of wildlife. Because the Zoo is concerned about all the animals on Zoo lands, not only the ones under human care, staff use camera traps to help us understand what is happening in our natural areas and where the most important wildlife habitats are. Photos from these cameras show us which species we have on our properties, how they use the area, and whether numbers are increasing or decreasing.  These cameras have provided us with a snapshot in the lives of deer, turkeys, raccoons and opossums as well as local predators like coyotes and even the occasional bobcat.

Capturing Shy Animals in the Act

Many of our native species are shy creatures that that only come out when people are not around. Though they are seldom seen, it is still important to monitor these animals, to know if their population sizes are changing and to better understand their behavior so we know how to better protect them. A perennial problem facing biologists is how to monitor these shy animals that are often nocturnal. Since 2010, the North Carolina Zoo has solved this problem using wildlife cameras to monitor native wildlife on the 1,700 acres of undeveloped Zoo lands.

Wildlife cameras are automated cameras that are triggered when an animal passes through an invisible infrared beam. The wildlife cameras the North Carolina Zoo uses also have an infrared flash mode, so they can take photos of wildlife during the day and at night. This enables us to see what goes on in the woods even when it’s dark. These cameras can also be set to take a series of photos when triggered, which in turn allows us not to only see what lurks around, but also capture behaviors of wildlife, like young bucks at play or a fox pausing as it passes by to peer into the camera lens.

Getting to Know Our Native Wildlife

Wildlife cameras have given us a much better understanding of the animal species living naturally in the Zoo’s wild lands. The images we have obtained have shown that deer, gray foxes, raccoons, and opossums are especially common. Also seen are turkeys, coyotes, striped skunks, and the occasional bobcat. Sometimes the cameras even record turtles, snakes, and birds, though the rarity of such photos may simply mean that camera traps are not particularly well-suited to monitor for these species.

We have also gained a better understanding of how native wildlife uses the Zoo grounds. For example, we have learned that animals such as foxes and coyotes often follow the Zoo’s hiking trails, while others such as deer and turkey generally ignore the trails. Cameras have also been used to monitor beavers on Zoo grounds. Since beaver activities can sometimes compete with human interests, understanding where they are and what they are up to allows us to prevent damage they may do. Occasionally animals may even come to investigate the cameras. In fact, youngsters of all kinds can be curious about the cameras—it is almost as if they enjoy being photographed!

One of the initial goals of the Zoo’s wildlife camera efforts was to monitor for predator populations on Zoo grounds. These efforts recently expanded to help plan for the forthcoming construction of a new Asian section at the zoo. Much of the area earmarked for the Zoo’s Asian exhibits are currently natural ecosystem used by our native species. To mitigate disruptions to these animals as much as possible—and to preserve favored wildlife movement corridors—we are currently using wildlife cameras to explore where animals are seen most often, and how those areas are used. 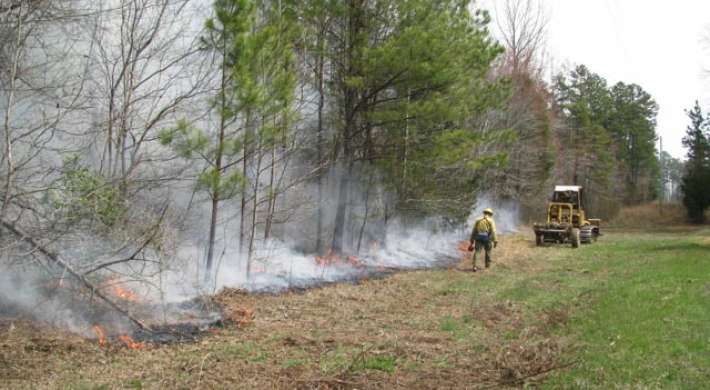 Did you know bobcats spend a lot of their time where two different habitats meet, sometimes called edge habitats? Learn more about bobcats.